Somewhere between important chairs and collapsing structures, between hierarchy and anarchy, an individual and a crowd, isolation and enochlophobia, Gabriela Zigová finds her photographic scenes and performative interventions. The exhibition The Best Seat Is Taken examines the relationship between two distinctive lines of Zigová’s body of work – the forms and doubts of various structures and (impersonal) fascination by human bodies as the actors of specific social situations. 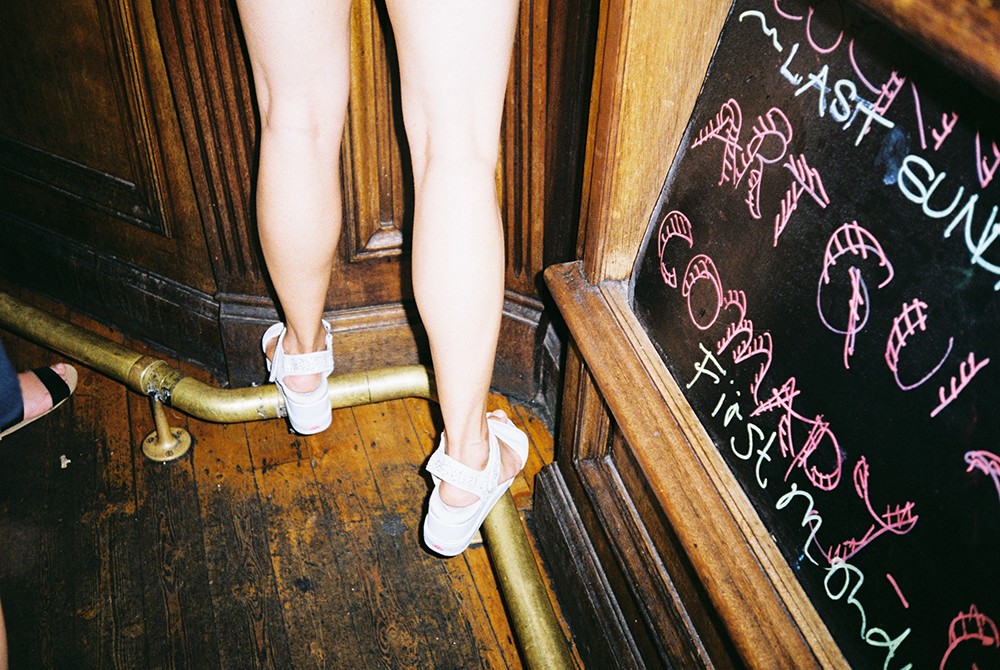 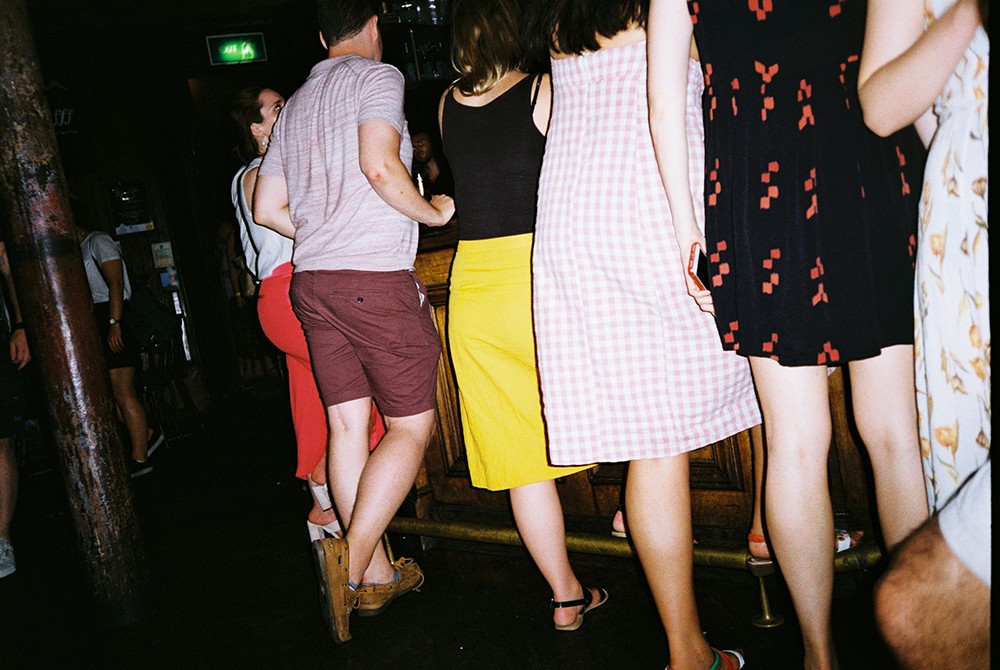 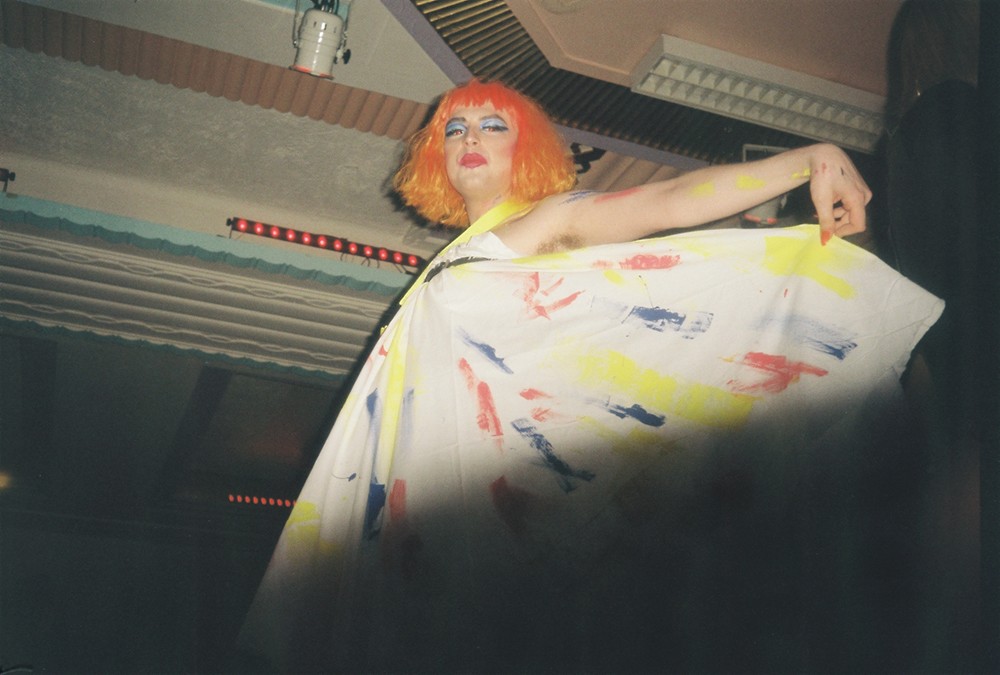 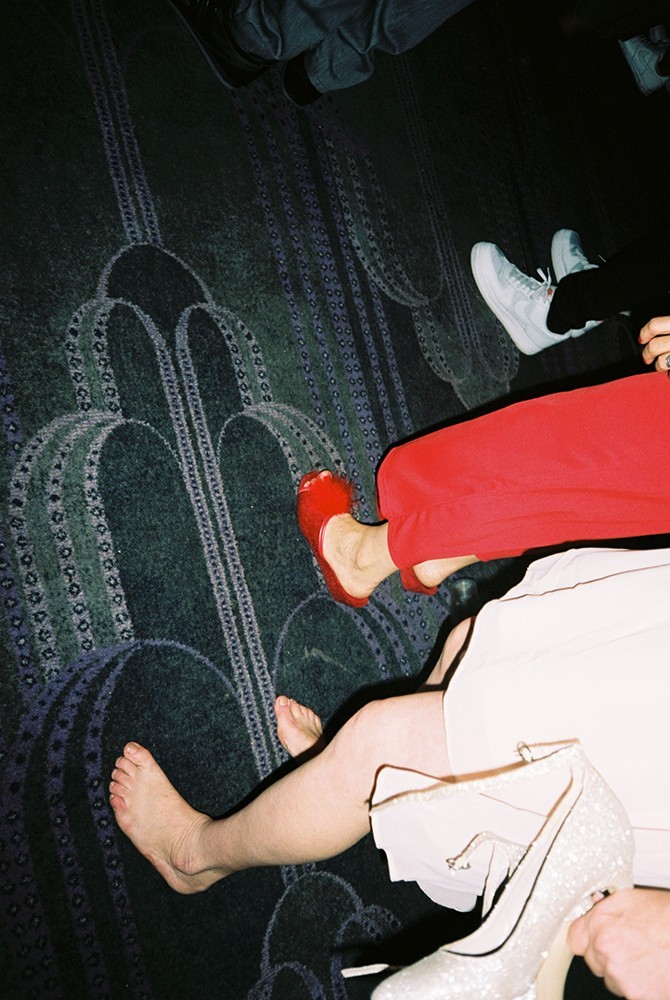 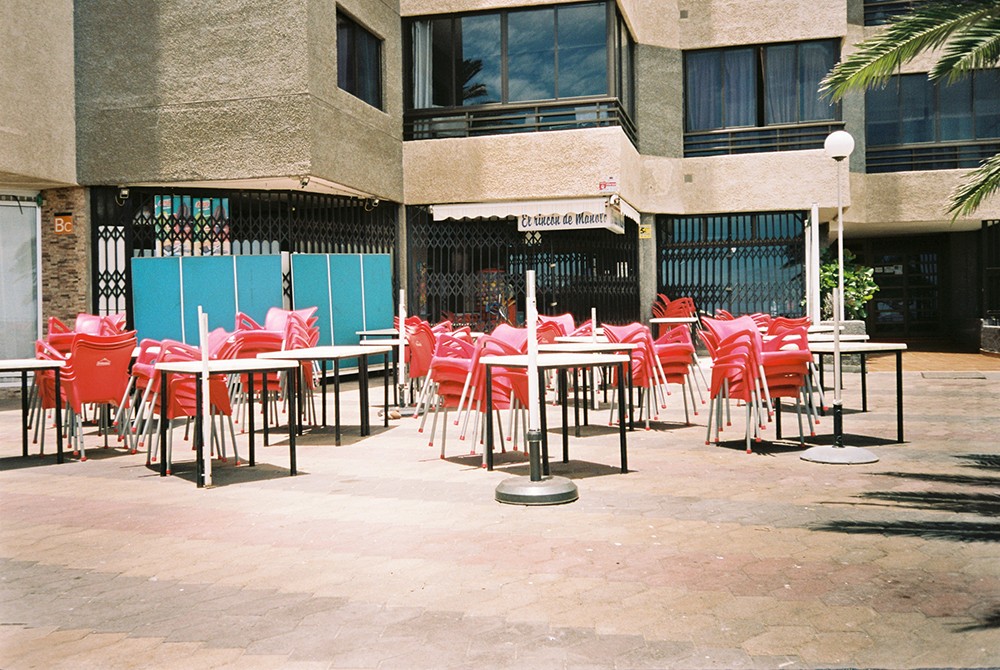 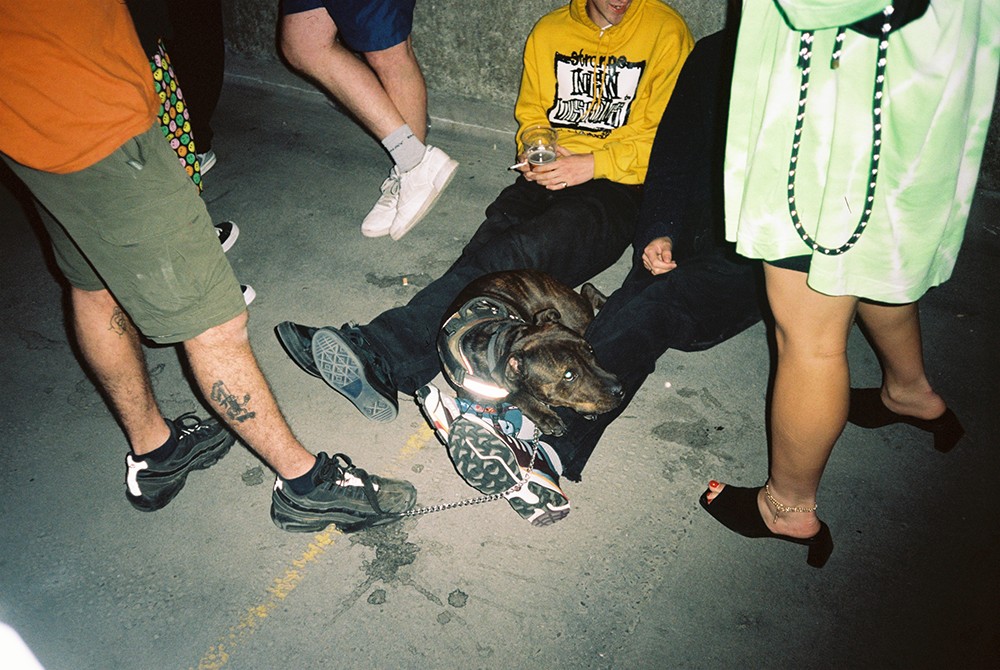 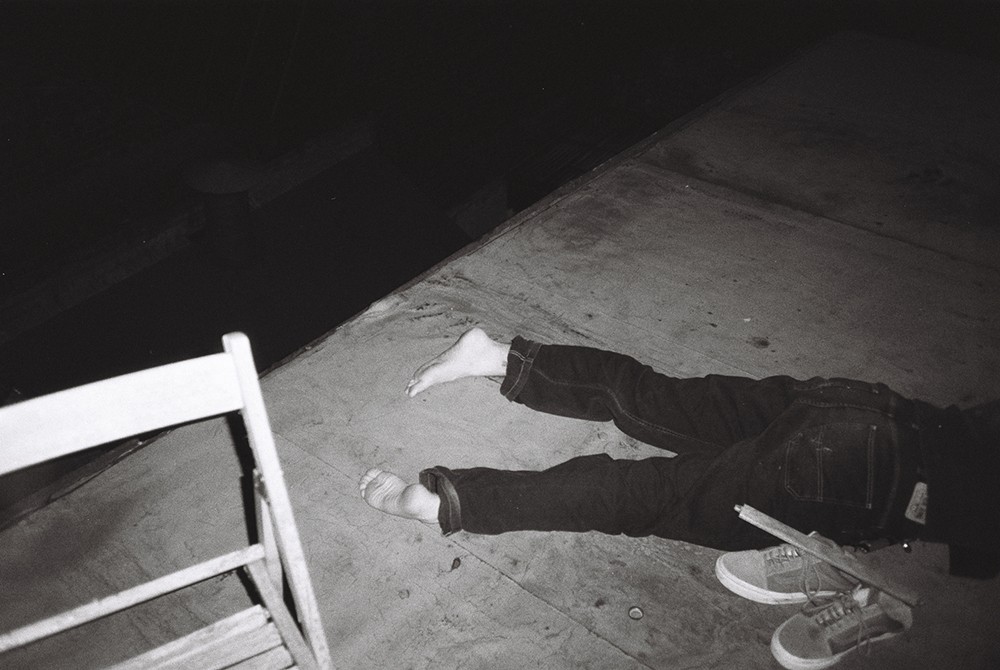 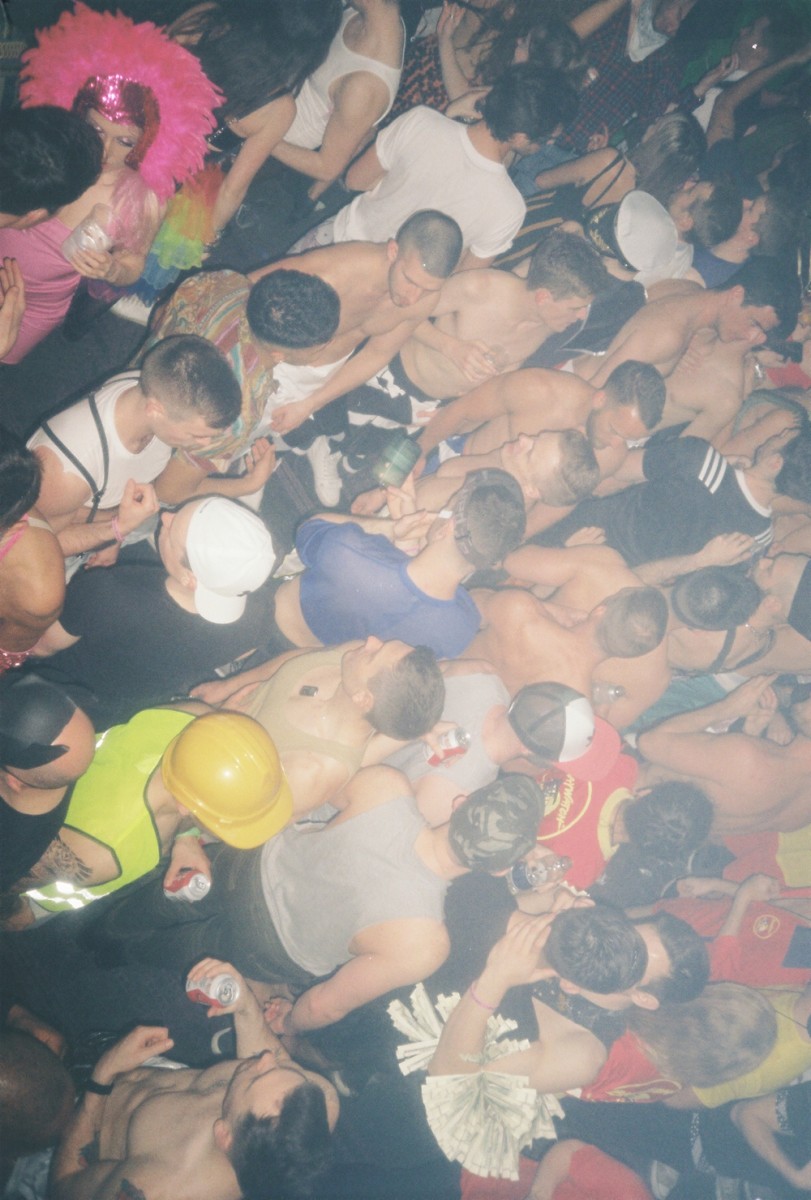 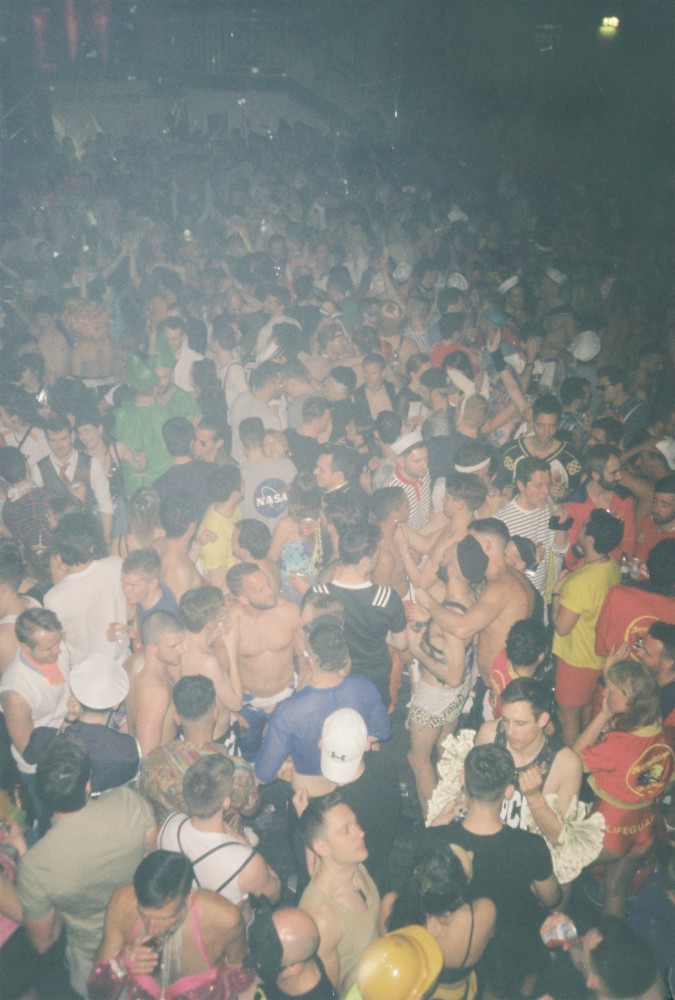 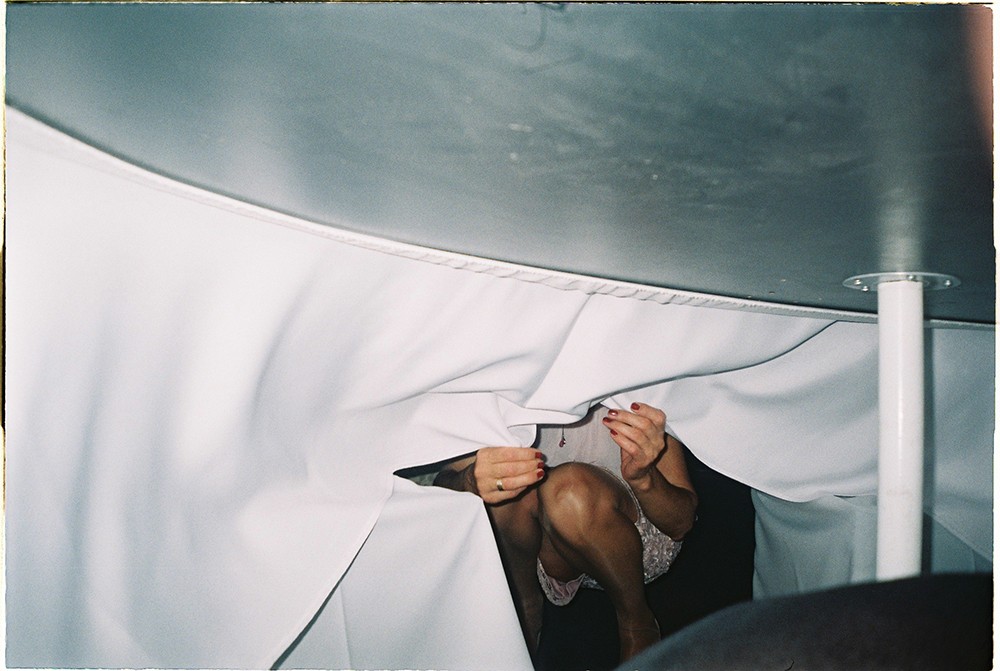 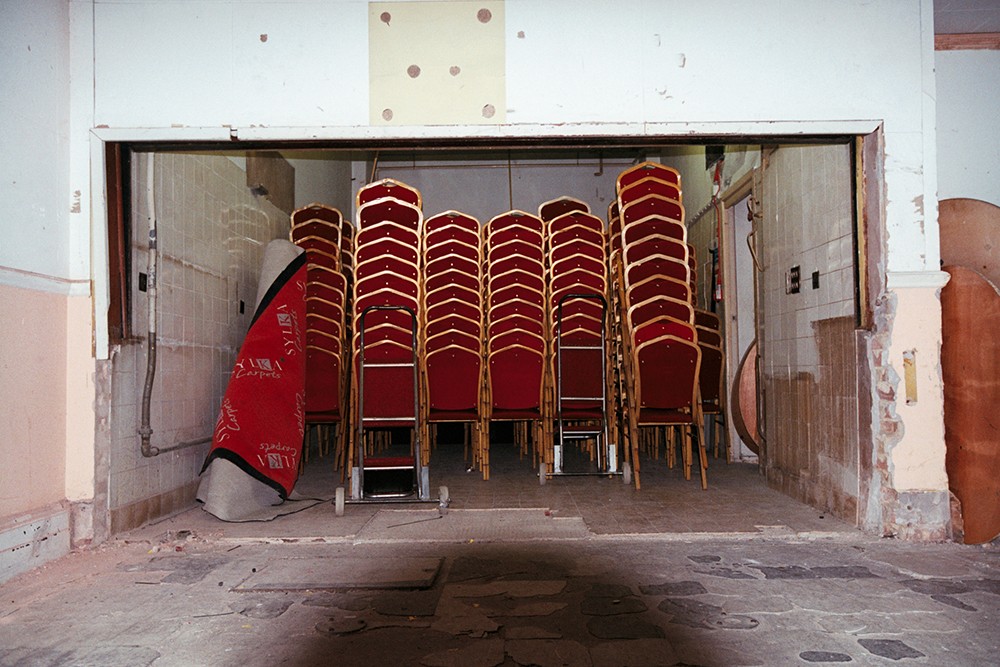 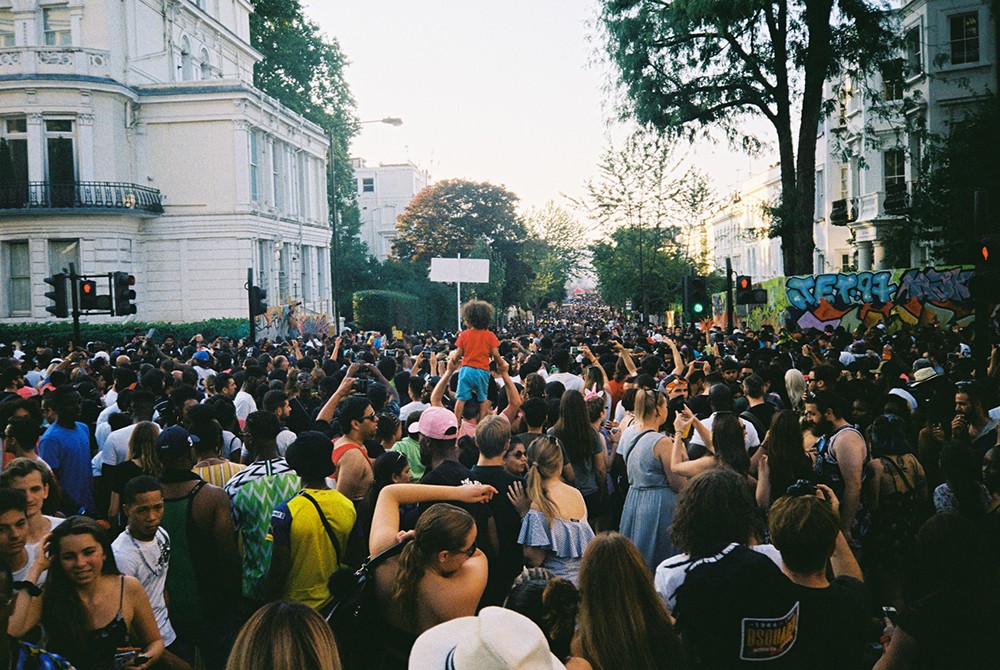 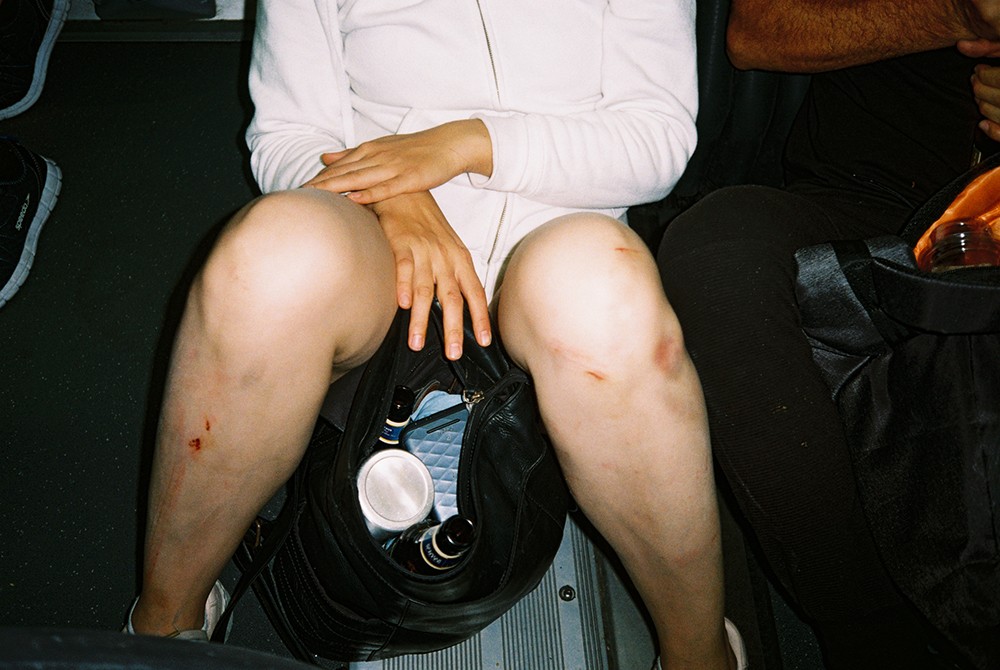 Zigová’s significant minimalist video work CHe(a)r deals with the meaning of a chair as a symbol of social and power status. In her video-performance the author conquers the physical limitations of her own body and the balance of the chair itself – a chair that in various spaces takes on (or supports) various functions and positions. Reaching the highest position (of the chair and/or the hierarchical structure) is sometimes impossible, staying at the peak is unsustainable. The institutional / power position of the chair in the spaces of A4 – space for contemporary culture is polymorphic – it sometimes belongs to the viewers as well as the performing artists, the director, part-time workers, cleaners.

In contrast with Zigová’s systematic performative work with structures and positions personified in the objects of chairs is the photographic series titled The Best Seat is Taken. In the exhibited selection of photographs snapshots of previously not exposed series George’s, Sink the Pink, I didn’t like the DJ are meeting – although not connected geographically or in time. Despite working with coincidence, intuition and spontaneous, almost gestural documenting of the surroundings the author physically occupies, Zigová’s snapshots throughout the series reference her current topic of examining crowds and anonymous individuals in the contexts of structured social situations. The search for one’s place, best spot, view, position and inclusion in a seemingly non-hierarchical environments of crowds (jams, carnivals, club nights) is full of inner orders and relations even without the chairs and proclaimed rules.

The snapshot photographs follow the natural behavior of their anonymous actors in situations that are lacking the predetermined (seating) order. The author intuitively and non-descriptively captures the familiar social situations of landing in a mass of people through the fragmentarity of the shots and anonymization of its actors (in spite of them often being Zigova’s close friends). Fragments of bodies and clothing create abstract colorful surfaces that non-narratively evoke the feeling of uncomplicated yet nonhierarchical disorder. The expressive photographs documenting Zigová’s performance Vicious Circle bring movement and repeated attempts to keep balance in the crowd – outside the restrictive structures and furniture.