The English term “Chair” represents actual physical chair, and as well it can represent a certain post, position, status or title: for example, “chairman”, the one who presides the meeting or assembly, who is the leader and sits on the first and most important chair * 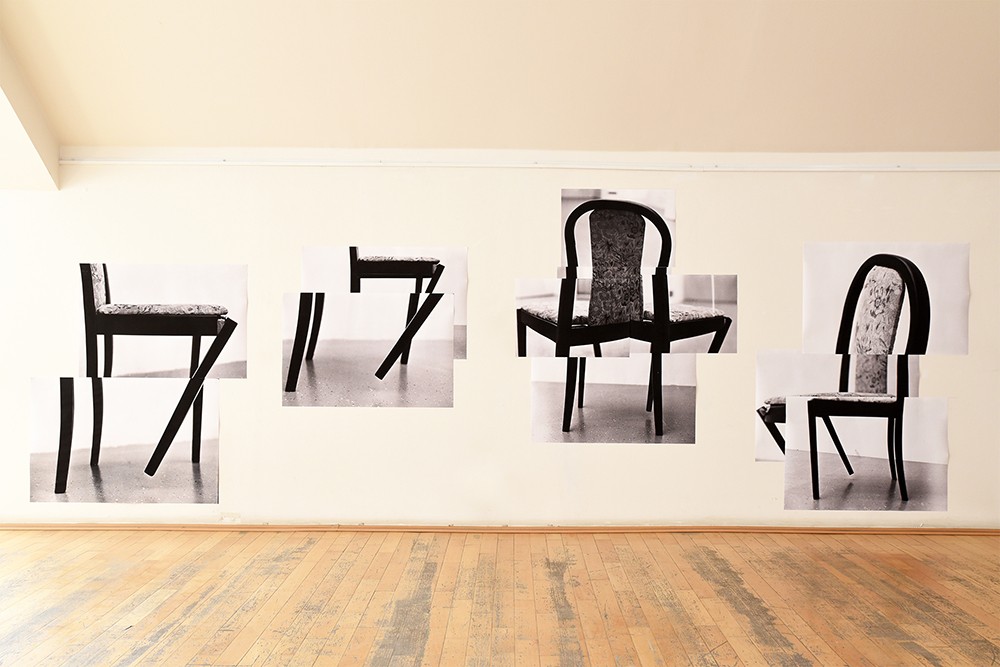 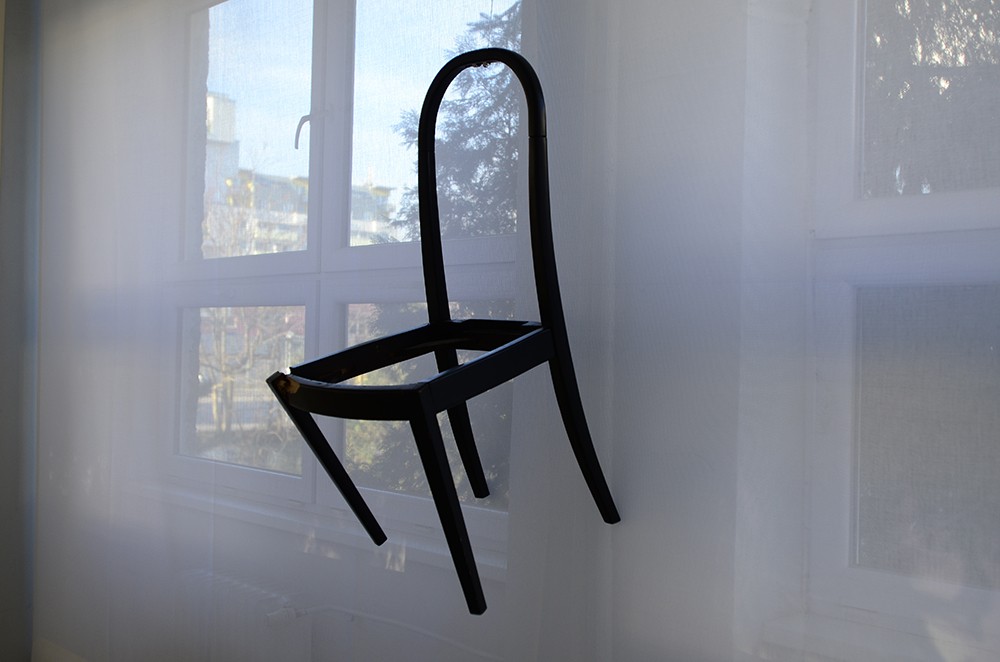 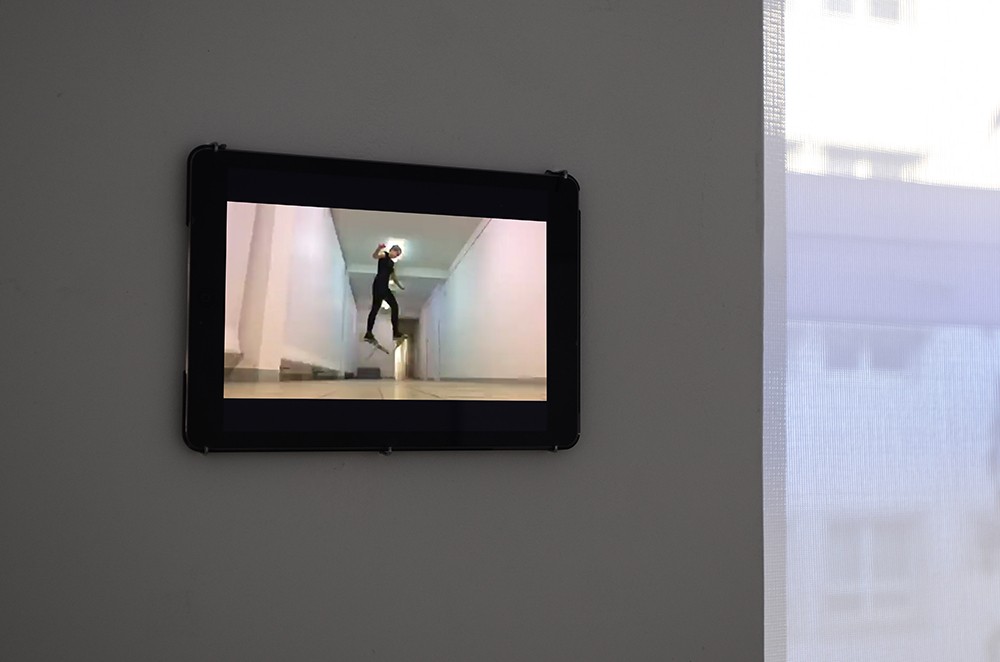 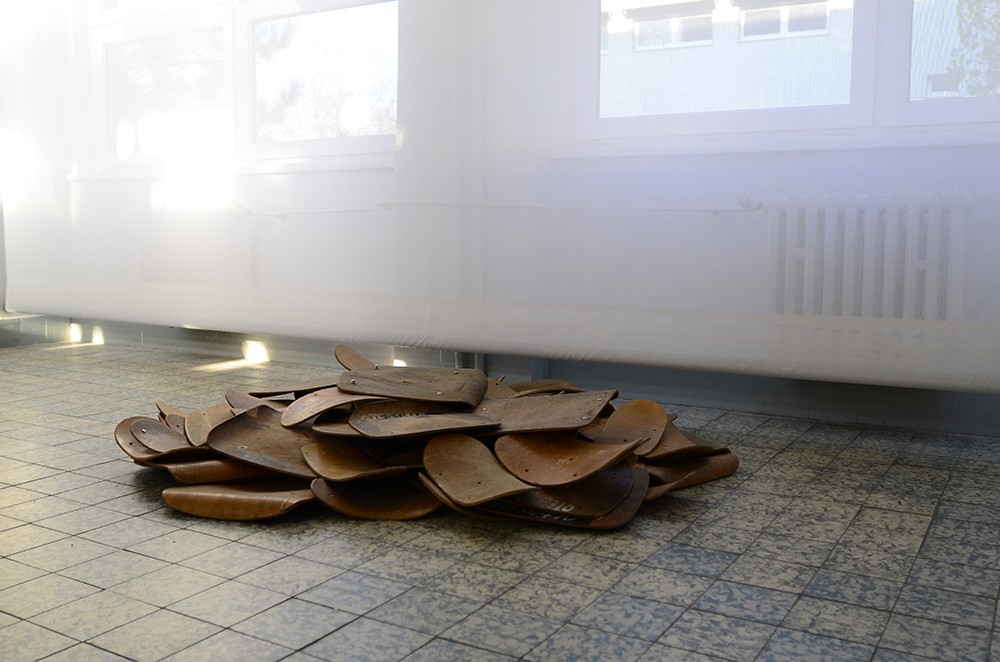 This double meaning and the symbolism of the word is exactly what Gabriela Zigová is interested in. She uses the physical chair as a symbol of societal or career status and as a symbol of the responsibility, power, opportunities, rights and obligations that come with it.

Readymade object DHIM 0502/11 is a chair whose past is associated with a particular institutional position of a senior Slovak executive of one important gallery institution.

Just like the object of the chair lost its functionality and original meaning due to the damage, the person who used to sit on it became weaker, undermined, (countermined?) and disappeared from the seemingly stable position – he couldn´t hold on to it.

We could also interpret it in a way that the chair (function, institution) and its supporters could no longer bear the weight of the decisions that were made? Or was the chair (and everything it could symbolize) damaged deliberately, only after the chairman left his position? Maybe it was damaged out of anger or negligence?

The picture of this situation (in general: the cycle of changing people in their positions) and answers to (un) spoken questions related to it are fragmented and broken. There are many points of view of the same thing, and the connection to a whole that would be satisfactory is rather problematic.

We can have a similar feeling from the portrait of the chair – photographed by the author from various perspectives, deconstructed and rebuilt to new forms again. Unstableness of institutional, artistic, but also generally human position is reflected in the author’s performance in the empty spaces of an art school when trying to balance on a chair in the unnatural position, trying to keep herself in the highest position that can be achieved, for as long as possible. The context of the exhibition space, which is situated in the educational institution – secondary school of arts, is also reflected through the work of Josef and Martin Žovinec, guests whom Gabriela Zigová invited to participate. The pile of seats and backrests left of the school chairs disturbingly lies around as the only relic left behind after some graduates. The authors found the broken chairs scattered around some school and used them as a succinct picture of the state of education and its often outdated methods that produce, according to the authors, a number of (not only) artists beyond the possibilities of adequate job positions in the society. The situation according to them creates some sort of a junkyard full of graduates who find it hard to get a job.

Gabriela Zigová’s exhibition can help us realize that not only objects, not only chairs can be destroyed. Those who sit there, can’t hold on forever. Therefore, it is important to ask what is left, once we leave our own chair, our own position (as a student teacher, employee, curator, director, minister, prime minister, president, etc.). Wouldn´t it be just a shabby seat and broken legs?

* 1. A separate seat for one person, typically with a back and four legs. 2. The person in charge of a meeting or of an organization (used as a neutral alternative to chairman or chairwoman) 2.1 The post of a chairperson. 3. A professorship. 4. Act as chairperson of or preside over (an organization, meeting, or public event)