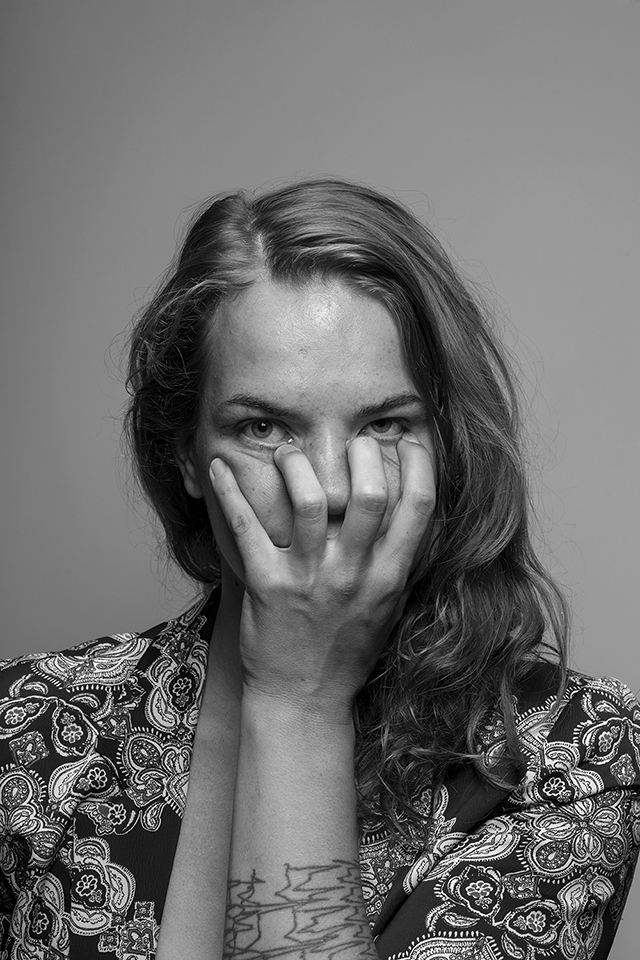 Gabriela Zigova (b:1989) is a Slovakian artist whose work focuses on the intersection of contemporary art and cultural and political events. By employing associative connections and symbolical, sometimes minimalist art gestures, she seeks to explore and expose particular social situations. Her mode of expression is either photography, performance, site-specific or interactive installation, or combination of all four, while the major content includes the manipulation of and confusion of viewers’ senses. Zigova also works with movement and sound; she is interested in theater and other independent forms which involve the body as a medium. Her inspiration comes from daily news, media cases and people in her immediate surroundings.

Gabriela Zigova graduated from the Academy of Fine Arts and Design in Bratislava (SVK) in 2015, in the Open Studio of Ilona Nemeth. During her studies she won two scholarships; at the Faculty of Arts at Brno, University of Technology (CZ), and at the Academy of Fine Arts Vienna (AT). Zigova took part in exhibitions in Bratislava, Prague, Berlin, London, Budapest, Birmingham, Montreal and Quebec City.

In recent years she has curated several projects in Bratislava & London including an Interactive Media exhibition at Multiplace Festival or Performance Nights at A4-zero space, Czech and Slovak Stories Season at Deptford Cinema, 0/1 Exhibition at The Hive or Social Lube at The Workshop Vauxhall.

Currently is based in London (UK) where she joined The Steamship Collective in 2018. In 2019 she has been nominated for prestigious Oskár Čepan Award, where she won a vote of public